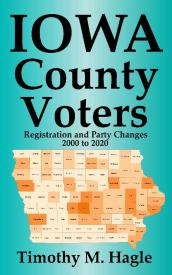 Most law schools use some type of formula for creating an index on which applicants are placed for initial admission determinations.  Above a certain level the applicant is usually granted admission.  Below a certain level usually means rejection.  Between those levels applicants are given a closer look and may have to wait much longer for a decision.  Achieving a high index score does not guarantee admission to most schools, just as a low index score does not guarantee rejection, but those are the probabilities.  Law schools certainly think of applicants as more than an index score, but it's understandable that they use such scores to help sort through large numbers of applications.

I was aware that most law schools used such formulas, but two things about the formulas based on the 120-180 scale were quite surprising.  The biggest surprise came in the weight the schools placed on the LSAT relative to the GPA.  Various materials from law schools usually gave the impression that the two were given fairly equal weight, with perhaps as much as a 60-40 split in favor of the LSAT.  It turns out, however, that the LSAT is given much more weight relative to the GPA.  In fact, the most weight given to the GPA on the 1997 index is only 38.1% (U Cal Berkeley, and this has dropped to 37.47% for the 2000 formula) and the average from the listed schools is only 19.3%.  This means that law schools place four times as much importance on the LSAT as compared to the GPA!  I was astounded by this.  My first reaction was that the folks putting these lists together must be making a mistake--but they couldn't all be making it.  (If it was a mistake, you would think at least a couple of the schools would have someone around who knew enough math to construct a simple formula.)  Because of these results, I've begun to change my mind about the importance of LSAT prep courses.

The other odd thing about the formulas was the use of constants and that they didn't seem to add up to a round number in most cases.  One would think that one point of using an index would be to put the scores on some easily understood scale.  About a dozen schools do have their formulas work out to some round number.  One school uses a 4.0 scale, while the others use something larger (e.g., 120, 220, 260).

About a year after posting the 1997 sheet I received an email from a student who was about to begin law school at a Big Ten university.  Among other points, he told me that the formulas were derived from using the LSAT and GPA as independent variables to predict the applicants' later first-year law school GPA (the dependent variable).  He also indicated that the scale was adjusted so the admissions committee could not easily translate the index scores to predicted grades.  This explains why some of the totals are such odd values, but it's clear that not all the schools use this method.  For those that do, it still seems that they could have adjusted the constant to make the total some round number.  (Maybe I'm just too picky about such things.)

As for adjusting the scale to camouflage its purpose, it may be true that part of the purpose is to make it less obvious to the admissions committee, particularly if there are student members, but I suspect another reason is to hide the purpose from applicants.   This may be especially so if, assuming the formulas do what the law schools intend, the LSAT is such an important predictor of law school grades.

In addition to the above, the student who sent me the email raised some points that some of my students had raised, so I sent him a lengthy reply and we exchanged an additional pair of messages.  These are reproduced on the Comments page.

Although I still have the formulas from the 1997 and 1998 sheets, I am only posting the 2000 information.  The 1998 old scale link is to a page containing a subset of schools for which I had formulas the schools used for the old LSAT scale (10-48) and the for the new LSAT scale (120-180).   Although no school would still need to use the old scale (i.e., no applicates have valid LSAT scores under the old scale), the comparision is interesting given the difference in weight given to GPA under each scale.  This difference meant that when the transition to the new scale was taking place, the schools were often evaluating applicants quite differently depending on when they took the LSAT.